Regular Car Review: This Is The Most Hilarious Video You Will See All Day! 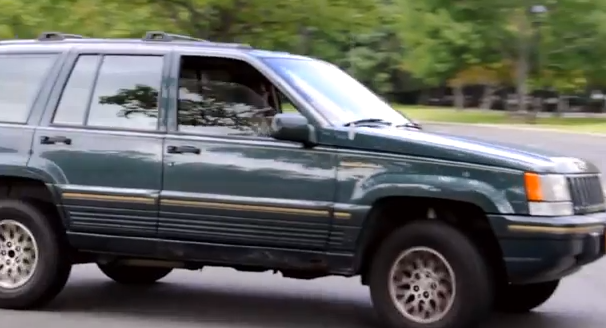 Every once in a while, a reader tips us off to a true gem and thanks to Jeremy, we have fallen into the rabbit hole known as the “Regular Car Review Channel” on YouTube. The dude who runs this deal essentially makes review videos with junky old cars that he or someone else owns. Case in point is this review on a 1994 Jeep Grand Cherokee. The narrator tells the story of how the thing came to be, how it evolved, and what became of the model. To say that you’ll laugh when you actually watch what this dude has to say about the Jeep is selling it short. We were rolling on the floor because it is so good. I even made the lousy attempt to stifle a laugh and then you end up blurting it all out anyway. My bad. So this Jeep video is entertaining, educational, and downright hilarious.

BEWARE!!!! THERE IS SOME NOT SAFE FOR KIDS STUFF NEARING THE END – BRIEF SWEARING AND A DIRTY JOKE – NOT THE END OF THE WORLD BUT WE DON’T WANT OFFENDED PEOPLE!

Brian Darwas Turns The Camera On Himself - Here's The Trailer To His Newest Film Called "Livin' It" Watch An Old Fuel Dragster Suffer A Blower Explosion During A Burnout And Shoot Shrapnel Everywhere - Nitro = Danger!

11 thoughts on “Regular Car Review: This Is The Most Hilarious Video You Will See All Day!”