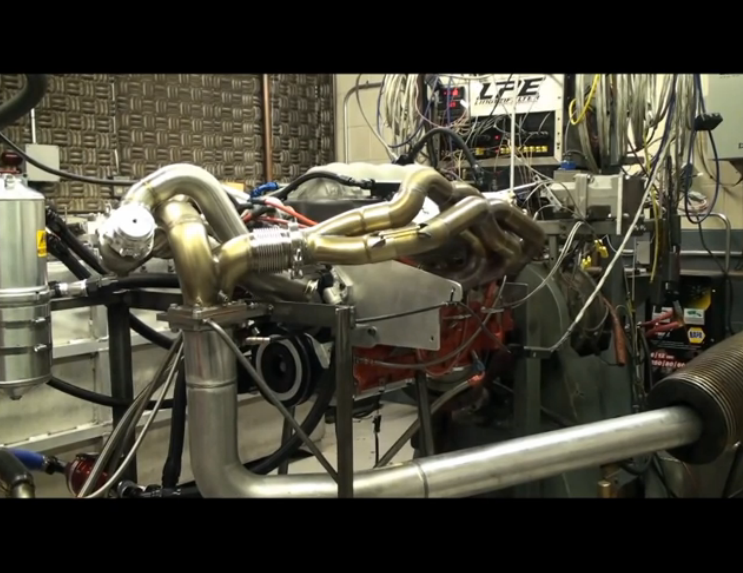 The men and women at Lingenfelter certainly know how to build horsepower. They’ve got everything from bolt on parts to full boogie racing engines available for sale. If you are going to be in the engine business, constant development and testing is necessary. Lingenfelter accomplishes this by racing their stuff. The late model Camaros they have out assaulting drag strips across the country do a great job showcasing their prowess in building grunt power. We’ve spent the last couple days in and around Lingenfelter Performance Engineering and at the amazing Lingenfelter Collection in Michigan. We’ll be showing you lots of stuff about our visit in the coming weeks but for now let’s take a look at this cool video from a couple years back.

In this video, you’ll see a 358cis LSx engine spun up to a screaming 9,000rpm on the pump. This engine makes over 600hp naturally aspirated, which is awesome, but really brought tears to our eyes when learned that these pulls were prior to the installation of a 76mm turbo. Yowza!

The sound it something to pay attention to. This engine has a flat crank in it, meaning that the throws are 180-degrees apart rather than the standard 90-degrees in a normal V8. The sound difference, especially at low RPM is really neat! This engine was developed by Graham Behan, the Chief Engineer at LPE for one of the company’s drag race cars. Behan spent many years as a lead engineer at Lotus and was instrumental in the development of the awesome LT5 small block. He’s been at LPE since the 1990s and his creative streak and developmental mind are still hard at work making horsepower in today’s advanced engines. This flat plane project was just flat nasty when it was rolled out a couple years ago.

While this didn’t happen last week, it still deserves a look because the motor is AWESOME.

PRESS PLAY BELOW TO HEAR THE ENGRY YELL OF A FLAT PLANE LSX V8!

Even More Great Photos From The 2014 Detroit Autorama - Radical Stuff! Epic Save Video: How to Scrape the Door Handle on the Ground and Not Wreck Your Car