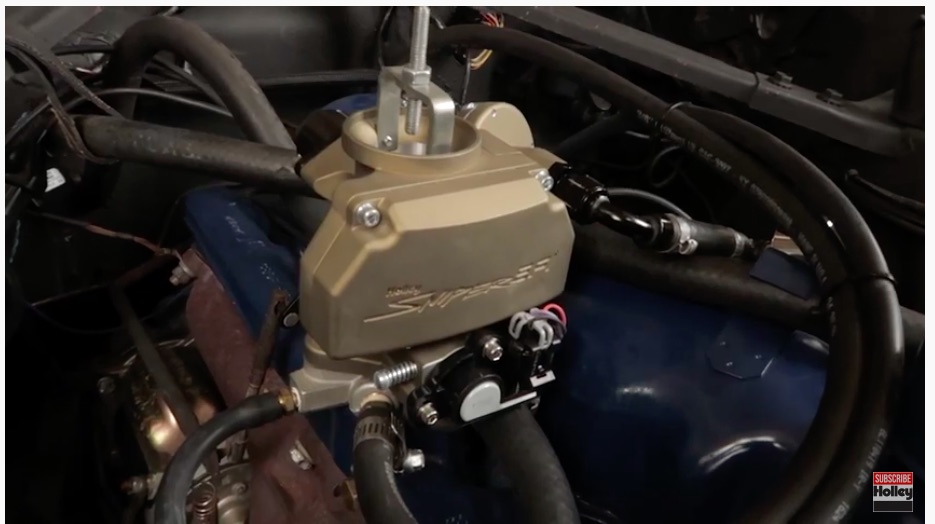 We’re entering a new phase in the world of EFI acceptance and performance for the aftermarket industry. For years the goal of aftermarket EFI systems was to boost horsepower, provide more finite tuning, and allow for better control of engines and associated systems for hot rodders. Now, with produced like the 1bbl Sniper to replace Autolite 1100 carbs we’re seeing a shift into making the change to EFI to make the classics drive better and be more pleasurable to operate than simply just making horsepower.

This new release from Holley is aimed squarely at the guy or girl who has their inline six classic Ford and wants to keep the engine the same but ditch the ancient little carb that’s likely never been apart and is likely camping performance and driving enjoyment.

As you will see below, the single injector throttle body can support up to 175hp, which means that if you have had the engine freshened and perhaps warmed up a little, this is still an amazing option. Designed for the 140, 170, and 200ci straight six engines that were in millions of Ford cars and trucks, we think this is a fun upgrade for anyone to make. It bolts into place and the work of upgrading the fuel system is straightforward and easy. Heck, you can go with a replacement tank and the whole thing basically installs itself. This is a great system.

Check out the video below.

No Frills Fun: This 1964 Chevy Biscayne Has A Four-Speed, A 283, and Nice Black Paint Follow The Starting Procedure Of A Vintage DC-3 With The Most Experienced DC-3 Pilot On Earth - This Plane Is Flying Today!

One thought on “Holley EFI Releases The 1bbl Sniper To Replace Autolite 1100 Carbs On Mustangs And Other Ford Inline Six Applications!”