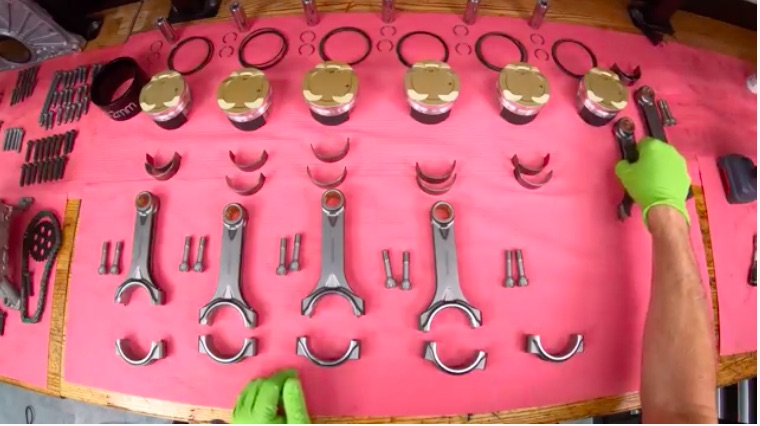 We think that the 2020 Toyota Supra is pretty awesome. Lots of people are crying about BMW being highly involved in the execution of the car (the chassis is basically a Z4 in many…ok all(?) regards) but the drivetrain is where the fun is for us anyway. These cars make good snot from the factory but the inline six engine that powers them is vert much a source of untapped potential. Cue the well know and respected Stephan Papadakis to step in and show us the early stages of hot rodding these things. Oh, and the early stages appear to be a trifling 1,000hp build.

This 3.0L dual overhead camshaft inline six engine is an awesome throwback, in displacement only, to the legendary 2JZ that guys are making 5-second quarter mile runs with today. The modern version of the engine was the fitting plant for this Supra and it keeps the performance legacy and the screaming noise of the nameplate alive.

There’s lots to love about this build. Among the cool things here is that there’s a mix of factory parts going back in, like the main bearings and piston rings that literally had so little use on them that it made sense to put them back into the engine. Hell, he tells us that he did not even wash the block because the engine had been run for such a short time, it did not need it! The thing is factory fresh in the most true sense of the word.

No, this is not an LS engine or a big block Chevy but it is a complex, interesting, and technologically advanced mill that kids all over the world are lusting after. It’s also one that could literally kick your ass and laugh the whole time it was doing it on the street or the strip unless you have something more serious.

Laughing Legends: Listen To Bobby Unser and Parnelli Jones Tell Stories About Andy Granatelli Off The Charts: You Can Own This Never Run 220ci Offenhauser Block That Has Amazing History