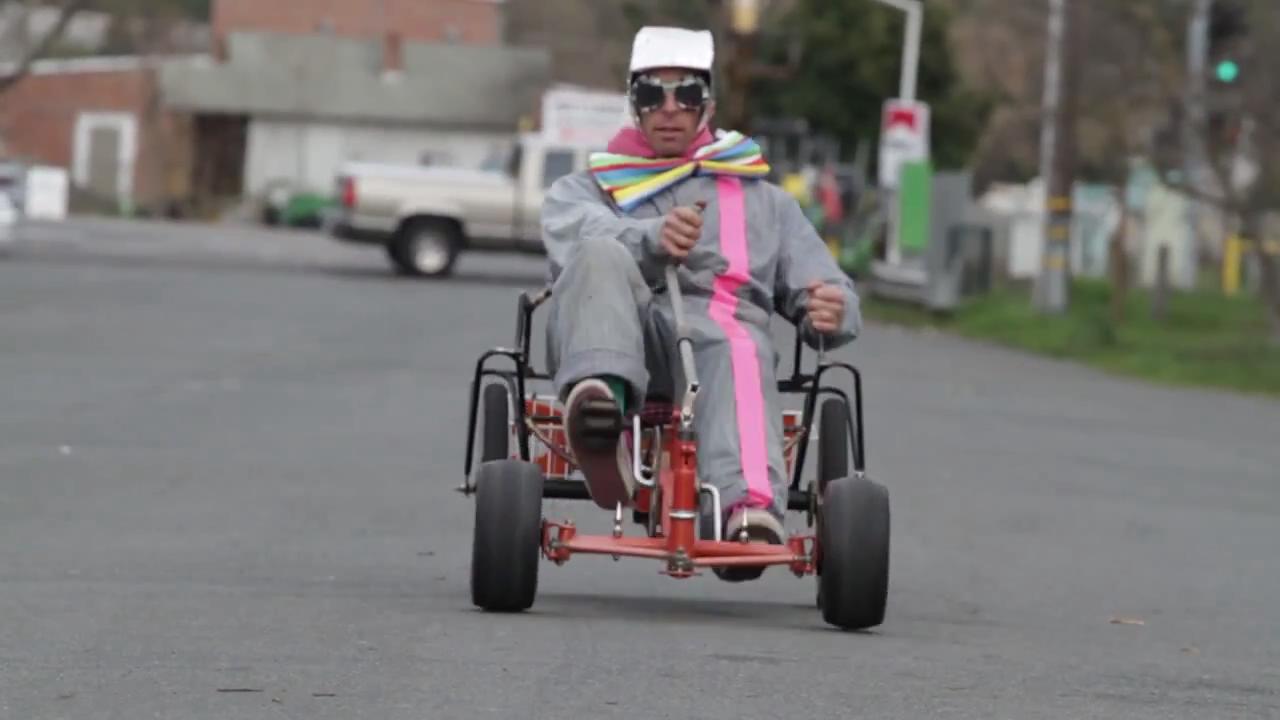 In a bold move, NASCAR officials have decided to make a pair of major changes to their rules package for the 2014 season. The first change will be in the engine specifications as proposed induction system and valvetrain tweaks would cost teams approximately 100hp. This move is being made by NASCAR to reduce fuel consumption, increase engine life, and present a more environmentally friendly face to the world. The second change, which is being done in part to counteract the first is the addition of foot pedals and a chain drive which would allow drivers to actively participate in the car’s acceleration and top speed. One unnamed NASCAR official reported to BangShift that, “These changes are being made to keep NASCAR “up” with other series in the world.” He continued, “Look, F1 cars have that electric KRUD device or whatever it is called and the IndyCar guys run all on Ethanol. Here we are just burning up gasoline like the stuff just flows from the Earth.” When we mentioned that oil did actually flow from the earth the NASCAR official said, “Seriously? What the hell is anyone doing any of this stuff for, then?”

NASCAR Chairman and CEO Brian France said the following at a press conference, “For years we have heard the media saying things like ‘racecar drivers are not athletes’ and that NASCAR has waning relevance for automakers. Today we change all of that with the introduction of the PEDALS system.” After 10 minutes of applause, most notably from Mr. France himself, the press conference continued with an uncomfortable moment, “PEDALS stands for…..it stands…..Jeebus, we’re actually putting pedals in the cars? Did anyone tell Tony Stewart about this? Oh man is he going to be pissed!”

We caught up with a few NASCAR fans who were driving their mobility scooters into a local Golden Corral buffet restaurant and they  were fond of the change, “If the cars are going slower that’s good for me because after a while my neck gets tired constantly looking around the track to follow the race. The slower they go the more time I’ll have to rest, Tweet at Dale Jr., and chug Mountain Dew.”

Like the KERS system employed by Formula One cars the PEDALS system in NASCAR will be time limited. Unlike the Formula cars, the only time limit on PEDALS will be the driver’s level of cardiovascular fitness. Carl Edwards reportedly pedaled an entire 500 mile race in practice at an average speed of 22mph. The car then failed technical inspection due to using a spoiler that was too tall.

Lastly, we got a comment from NASCAR field medical personnel who expressed their concern about the health and well being of the drivers, “I have been around this sport for a long time and back in the day we used to worry about a guy like Dick Trickle having a heart attack in the car because he was chain smoking cigarettes during the races and today we’re back to worrying about heart attacks again because some of these guys wouldn’t pass a blood test if there was a blood to gravy % they had to stay under.”