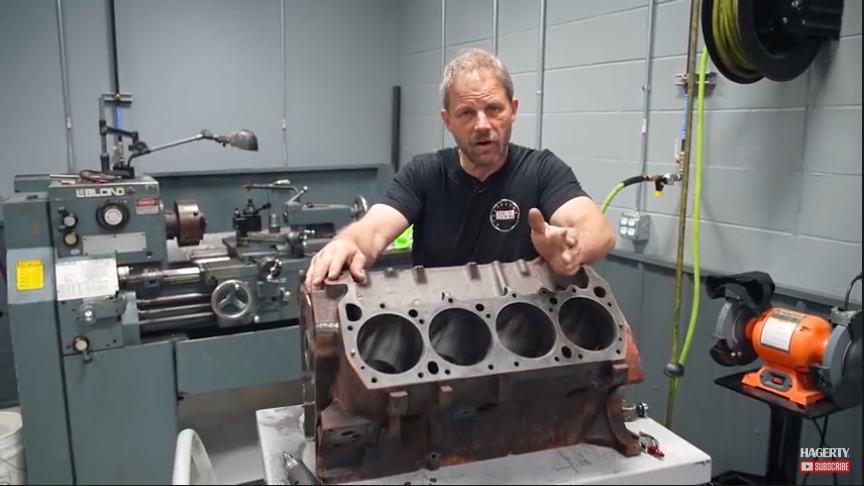 I remember the first time I called a machine shop as a kid to ask if I could drop some heads off for a valve job. The old guy on the other end of the phone was clearly unimpressed with my meek, cracking voice. The only thing he asked was, “are they clean?” I can assure you that they were not. He then told me not to bring done stuff all covered in grease and junk and to give them some sort of once over before I showed up. I did clean them up before delivery, mainly because I was completely terrified of the guy.

Davin at Hagerty fears no man, but he does fear issues that could plague his 440 build if he does not get the dirty work out of the way first. He take the time to get as much casting flash out of the block as he can. He knocks out old hardened bits of casting sand, and ultimately takes it to the shop to put it through a three step process of total cleaning.

There’s no engine building in this video but the prep that happens before the parts come together, may be the most important part.

Squarebody Cinema: Check Out This Salesman Training Video On 1974-75 Chevrolet Trucks Back To The Track: This Look Back At The 1990 Shelby Can-Am Shows A Program That Launched Careers

One thought on “Bake Job: Watch This 440 Block Come Of Of The Cleaning Process Looking Brand New!”