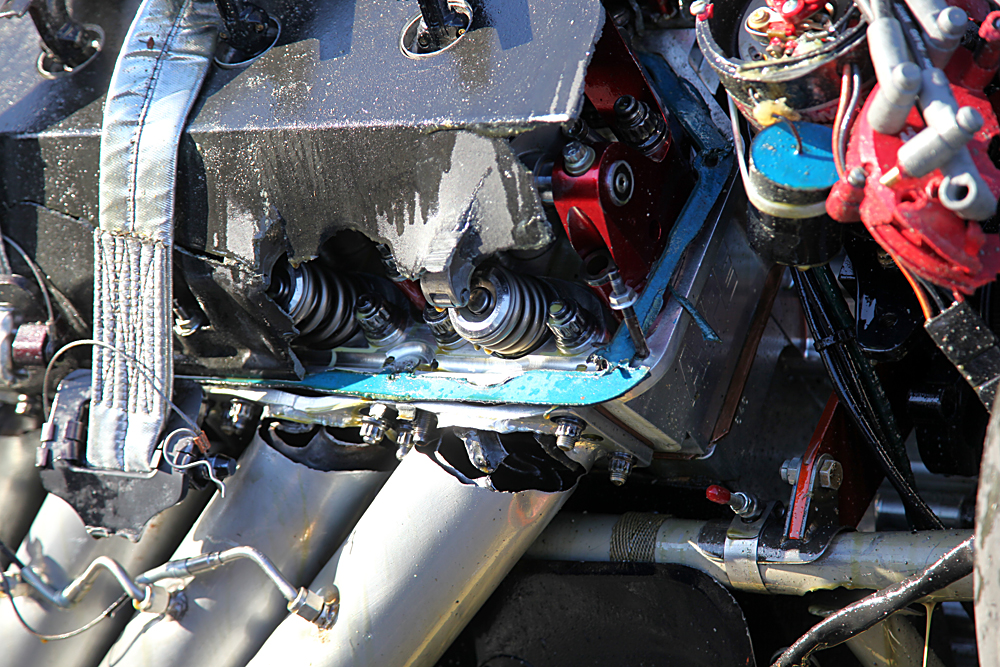 The most violent and destructive wreck at the 2012 March Meet was the early event wall banger suffered by Mark Sanders and his Mr. Explosive Nova. His crash was a high speed top end affair and the car was badly damaged. Taking all necessary precautions, track officials cur Sanders out of the car and sent him to the hospital to be checked out. Outside of a sore arm and some bad memories, he was fine…or as fine as Mark can be. Both Chad and I have hung out with Mark and he is a heck of a dude. We hope that he will be back at it in a hurry.

As you’ll see from the photos below, the car suffered the heavy impact on the right side. It hit the wall so hard and at such an angle, it literally crushed the valve cover, exposing the valve springs and junk! The body, which sported one of the most fantastic paint jobs in all of nostalgia funny car racing is going to require extensive work and the chassis is 100% trash due to the damage from the impact and the fact that he was cut out of the car and the entire upper portion of the driver’s area was removed. 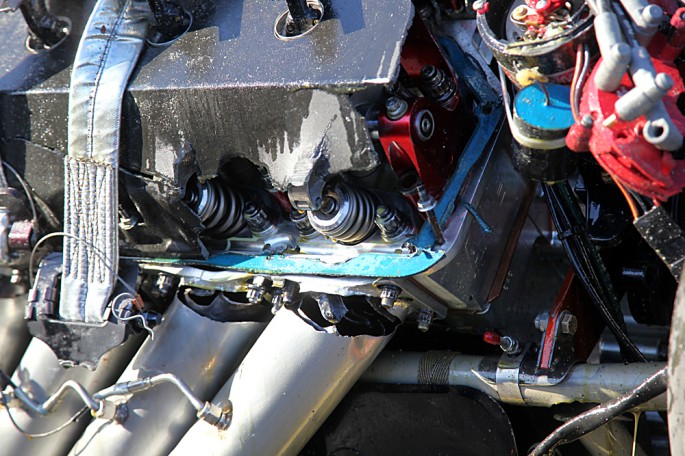 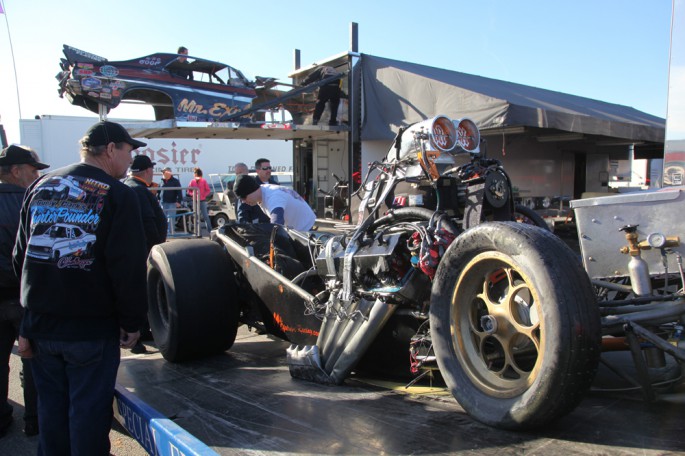 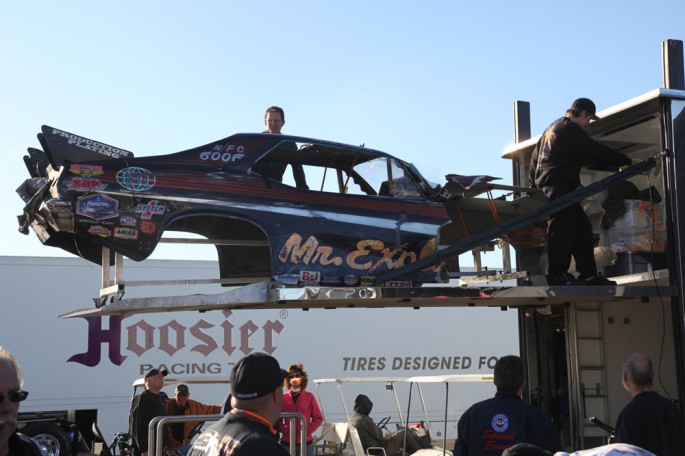 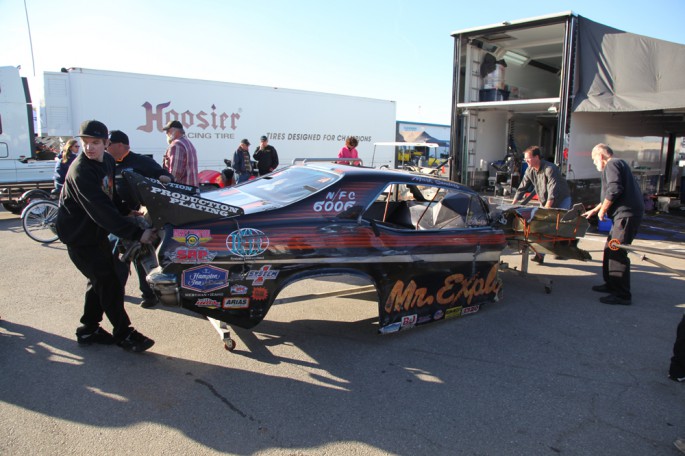 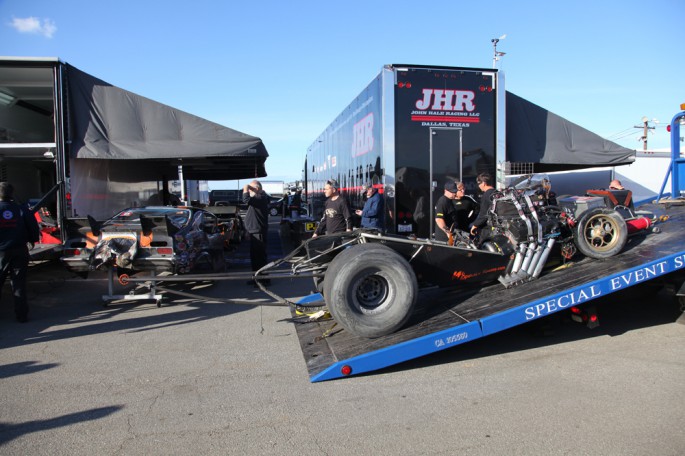 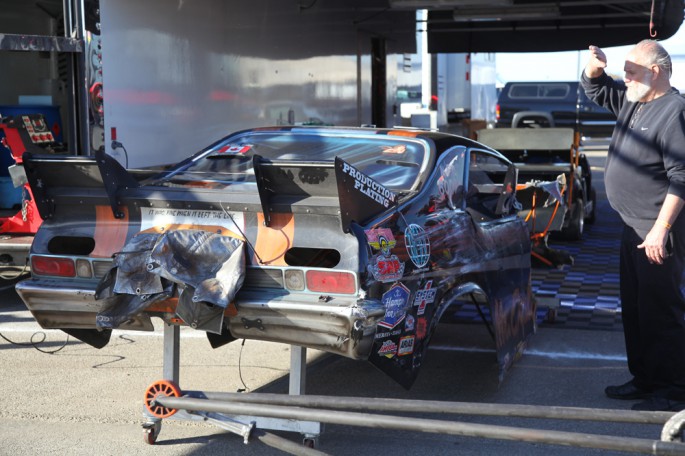 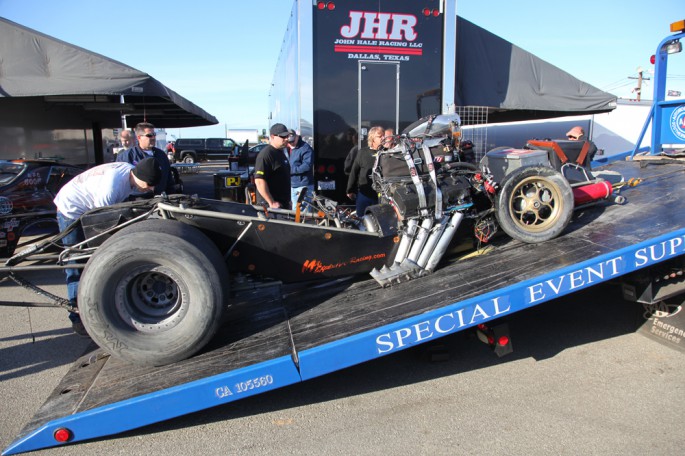 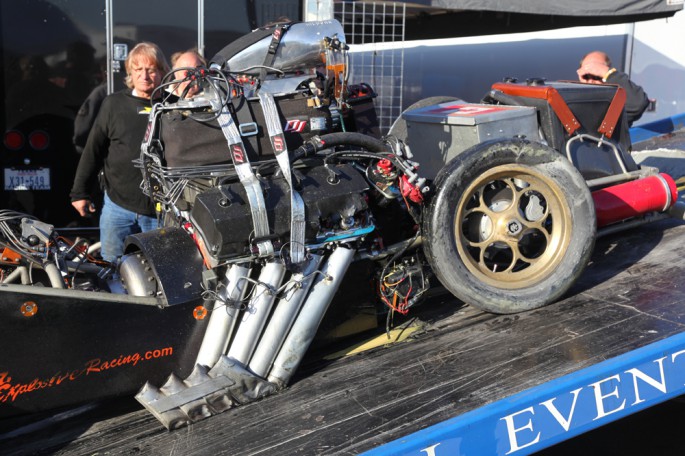 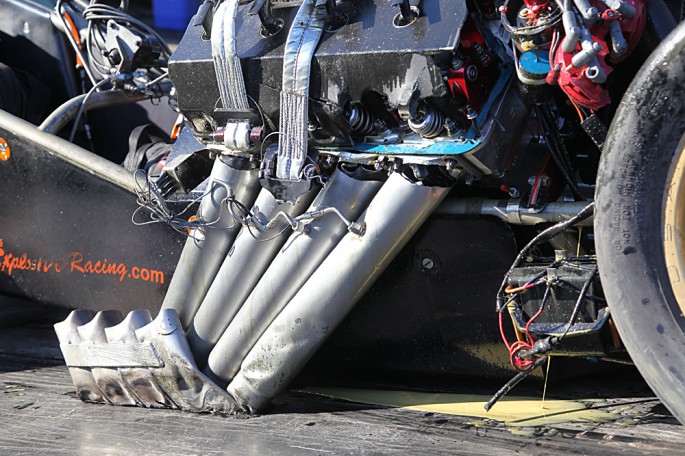