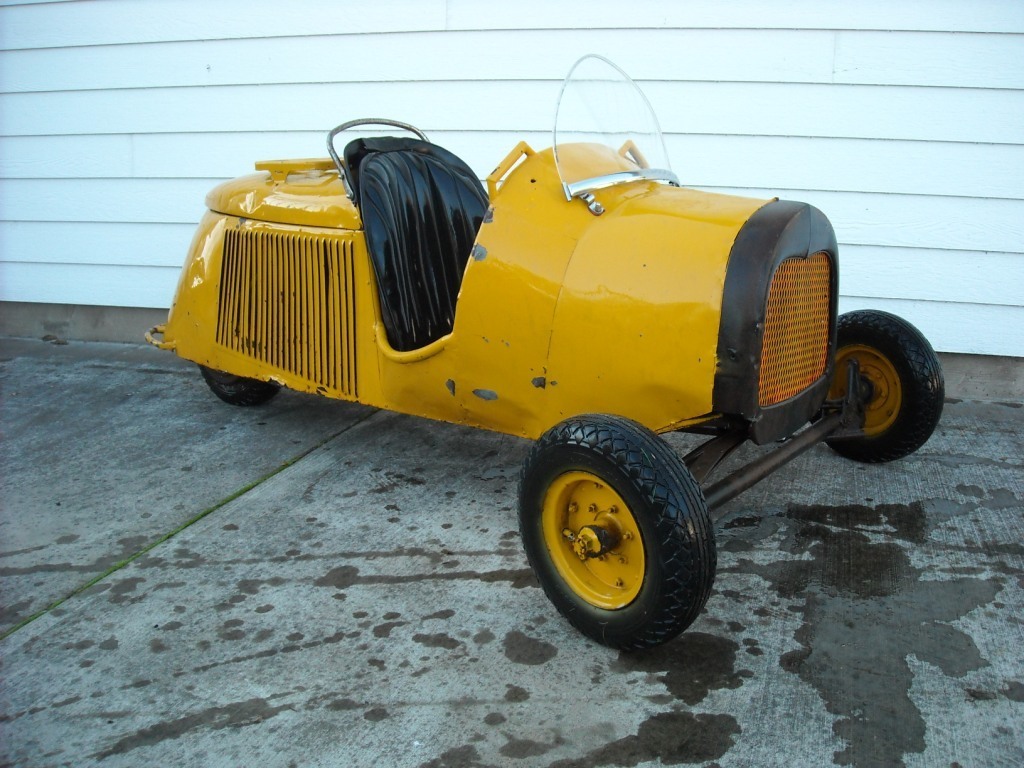 A few weeks ago, we ran a story on Number 20, a Vespa-powered quarter midget from the suburbs not far from New York City. Same deal here: this car is scooter-powered, street legal and located in Westchester County right outside the city. It’s up for sale on the Scoot.net classifieds. 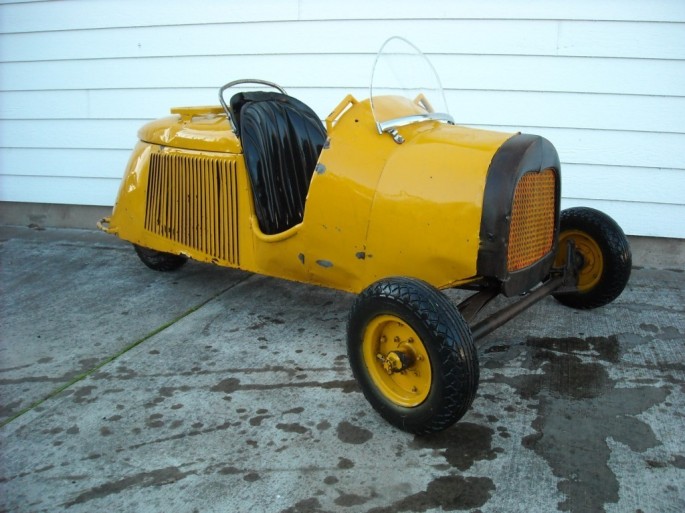 Unlike Number 20, which had a Vespa engine mounted in a custom-built car, this awesome little rig is built around a Salsbury scooter. The back half of the body, the engine, transmission and wheel are constructed entirely from the Salsbury.

If you don’t know anything about Salsbury, the story is quite similar to that of the scooters that came out of post-war Europe, only these came out of California. E. Foster Salsbury wanted to build a “cheap and cheerful vehicle that would propel the country forward to prosperous times,” and came up withe Salsbury Motor Glide in 1936. 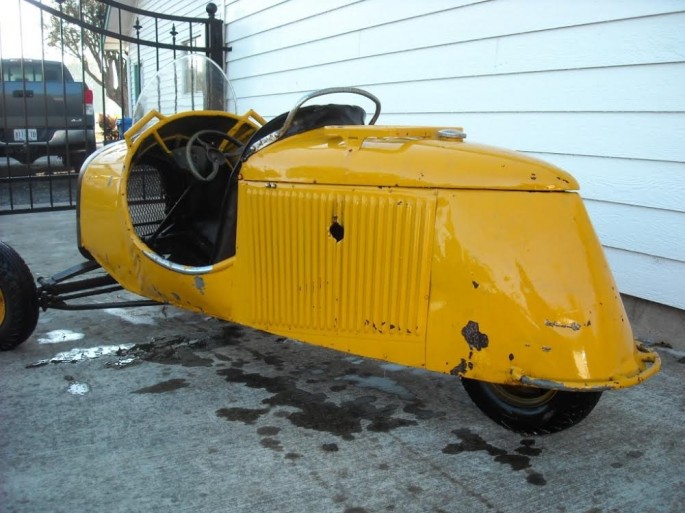 The scooter this little car used as its power source was the Salsbury Model 85, a scooter that E. Foster Salsbury thought could entice people out of cars, with its fully enveloping bodywork that provided wind protection and a cover over the engine. 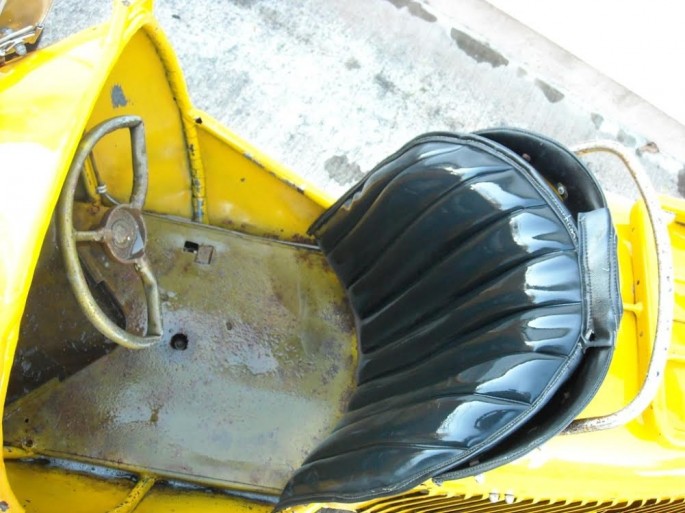 The Model 85 was the perfect starting point for this car, because instead of the hand controls you’d find on a Vespa, the Salsbury used foot pedals for the throttle and brake.

Tom and Anna Giordano own the car now. She and her husband Tom have an amazing collection of vintage scooters from around the world, and grabbed this one as a project, but with all the other odd scooters in their collection, it’s taking up valuable space in the garage. 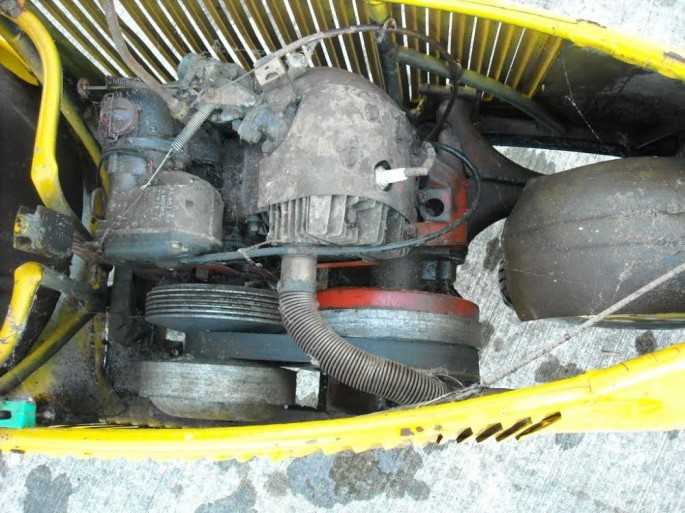 The engine turns over and is pretty close to firing, but that’s as far as Anna has taken the project for now. She notes that it’s street legal, with a title from Oregon, which puts this a little further out ahead of any kiddie car projects you might have seen. Salsbury quit production in 1954, and any Salsbury-related material is super rare today.

Thanks to Jay Holdash for the tip!

One thought on “Project alert: Check out this awesome scooter-powered, three-wheeler go-kart”