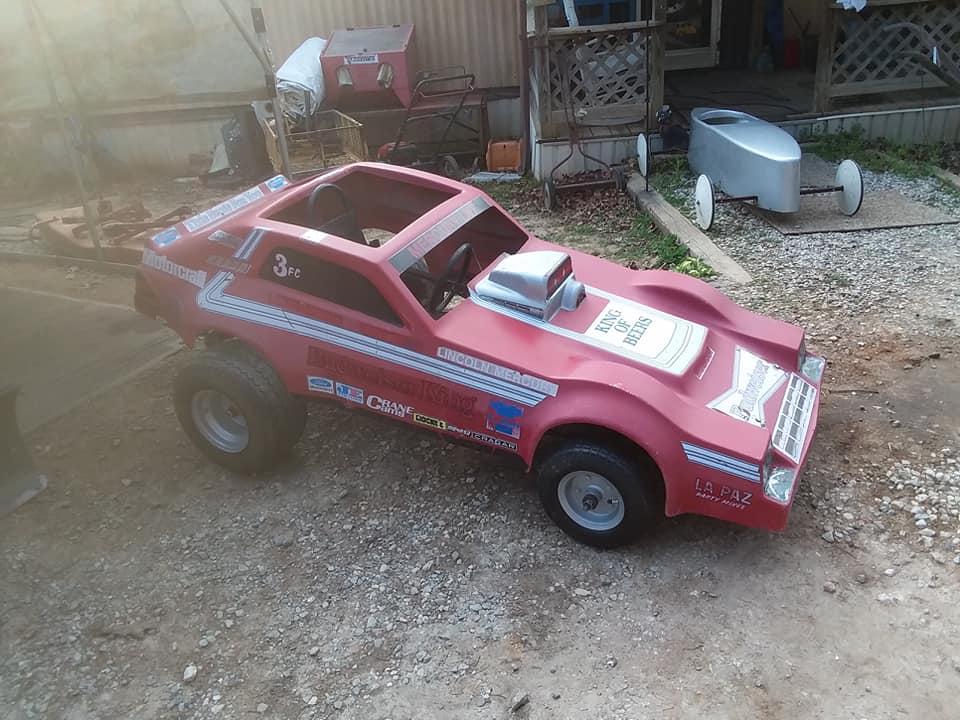 It’s easy to say that kids aren’t interested in cars, or that kids don’t care about cars. You know what else is easy? It’s easy to point out that dads working on the car at home are few and far between. It’s easy to say that even fewer kids are allowed to help dad with the wrenching, or are taken to races, or are hands-on with something cool that they can enjoy themselves. That book’s pages turn both ways, folks. Hearing a young man ask, “What’s a Plymouth?” at the Chattanooga show the other day cemented it for me: nobody is teaching the kids, and that’s why they’d rather play on their phones than with a set of wrenches. 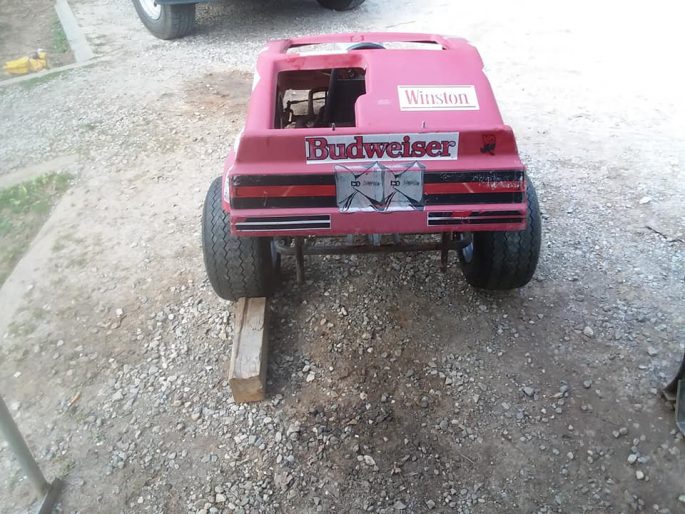 A great way to set a youngster up for a hobby that doesn’t include an online subscription service is an even cooler toy. Now, we will admit, this little gem is rough, but think of it as a project. This engineless go-kart is ground zero for an introduction into the basics of driving, wrenching, and even a bit of drag racing history. If that body doesn’t quite come into focus, that is an FW Leisure fiberglass rendition of Kenny Bernstein’s Budweiser King Mercury LN7 (read: Ford EXP) funny car from the early 1980s. What’s needed? Well, an engine would be a good start, and a kid who would love nothing more than to rip around the yard pretending that he’s driving an honest-to-goodness hot rod. Sounds like a good game plan. The kart is a couple of hundred bucks, but the look on a kid’s face as they roll around in their 1980s hot rod? Priceless. 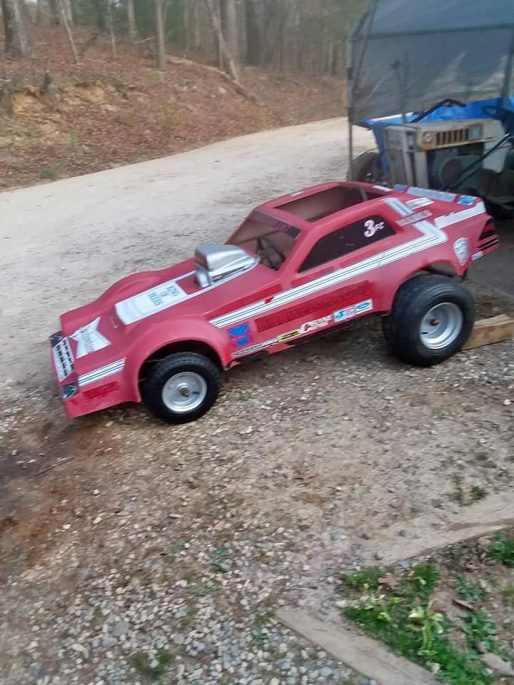