eBay Find: A Weird 1965 Chevy Suburban With An Extra Axle And A Firebird Chassis? We’re Confused Too 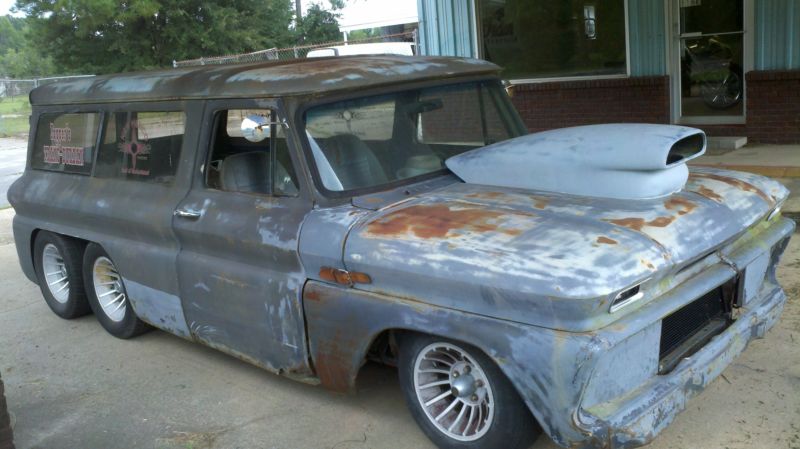 So I recently ran an item featuring a weird 1978 Datsun truck that had three driven axles. The 6×6 Datsun captured the imagination of the BangShift readership and all of a sudden, we got run over with tips featuring odd vehicles with one too many axles than they were originally designed for. Some were just plain bad, some looked actually factory, and then there was this 1965 Suburban sent in by Jon Killion. Before you completely laugh this thing off, let’s go over some of what’s happening.

Clearly there is the addition of the tag axle out back. That is not powered and initially I thought it was just there to look cool. (Cool being the intention of the builder, I am not actually saying that axle looks cool…hold you hate mail). Once I started reading more about this Suburban and looking at the pictures things took a turn for the far weirder. The ad says that the ‘Burban is on a “1979 Pontiac Trans Am” chassis. I took that to mean that the thing had a Tran Am front clip under it, but then my eyes bugged out when I started seeing all the square tubing under the hood that apparently holds the nose on and then the miles of tubing you can see from the rear with the barn doors open. Then there is the shockingly nice Trans Am interior.

So yeah, this Suburban seems to be on a Trans Am floor pan. The third axle must have been added to carry the weight of all the overhang behind what I suspect is the Trans Am’s rear axle that actually puts the power to the ground. All of the square steel tube out back must be the structure that holds the back of the truck from falling off of the front. Either that or I am 100% wrong and someone can set me straight. Also, just throwing this out there. Does the truck look longer than it should be stock or is that just the second axle making things appear so different that it is fooling my eye? Has the Suburban been stretched in the rear as well?

Sure, this is ugly and it looks like someone gouged the truck’s eyes out and sewed them shut, but there is an oddly endearing quality to it. With paint and wheels, and losing the big scoop, and adding all of the glass, and fixing the stance, and….ok we’re already tens of thousands of dollars into fixing this beast, but there’s something cool in there trying to come out.

Got a theory on how this rig is actually built? Share it below after checking out the photos!

SCROLL DOWN TO SEE ALL THE PHOTOS AND HIT THE EBAY LINK TO SEE EVEN MORE ANGLES OF THIS 1965 SUBURBAN! 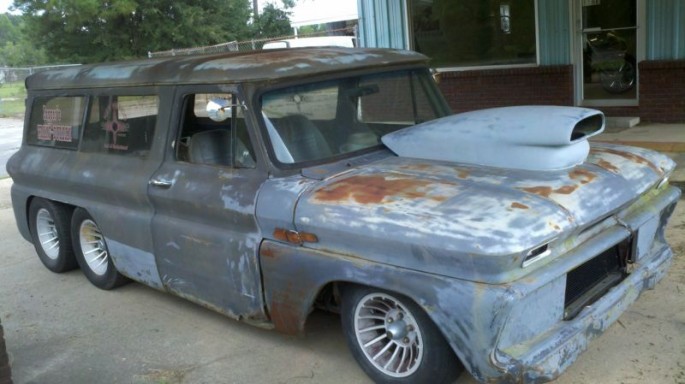 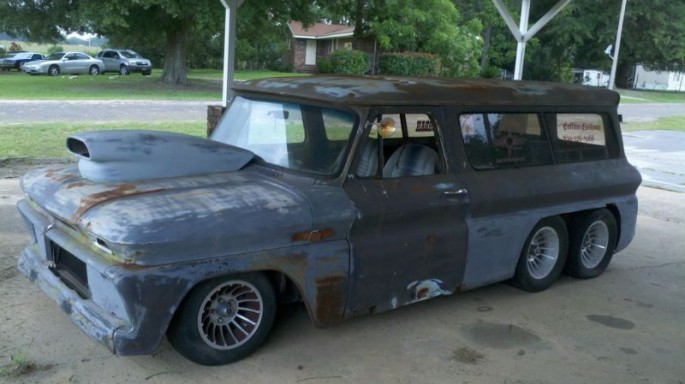 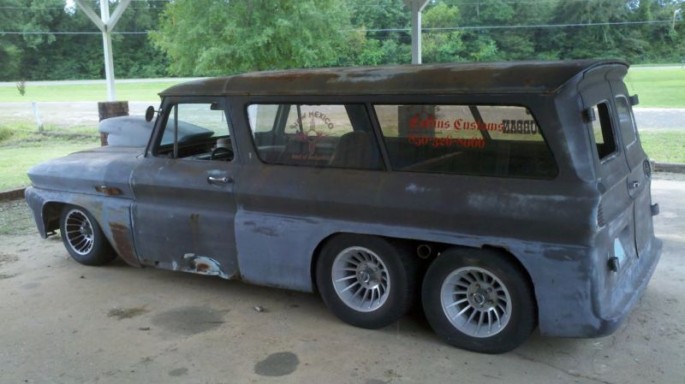 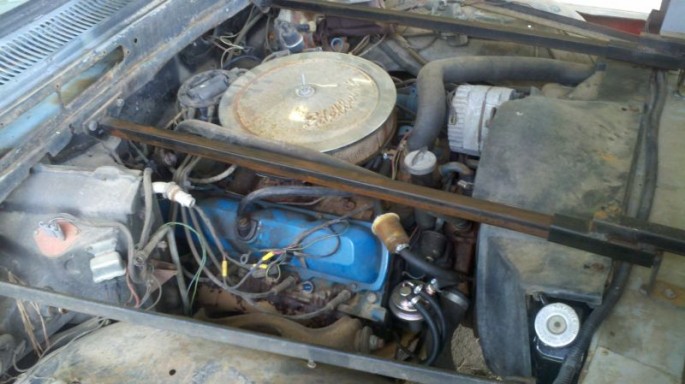 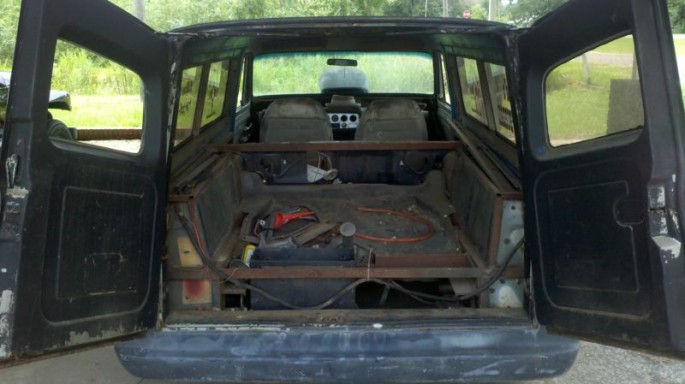 10 thoughts on “eBay Find: A Weird 1965 Chevy Suburban With An Extra Axle And A Firebird Chassis? We’re Confused Too”