Bitchin Video: Super Stock and Pro Stock Legend Herb McCandless Talks About His Hemi Demon And Racing A Pro Stocker In The 1970s 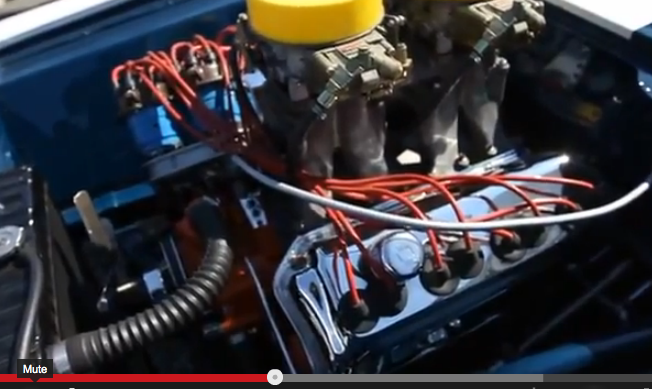 Herb “Mr 4-Speed” McCandless was one of the best and most talented racers of the golden super stock and fledgling pro stock era in drag racing. His abilities behind the wheel landed him what he calls, “the second best job in the world” as a team driver for Sox and Martin. He raced with Ronnie and Buddy for several seasons and then continued on his own afterward. Make no mistake, those guys didn’t just pluck him out of the stands one night, McCandless had established himself as a true force during that time and his skills were on the level even with the legendary’s prowess of Sox.

In this video, McCandless talks about that era of racing, he talks about his bitchin’ eight plug Hemi powered Demon, how they drove the cars before the Lenco showed up, and how the thrills of competition can provide sensations and experiences that no chemical substance could ever replicate.

One name to take away from this video is that of Gale Mortimer who was the lead wrench on the machine and who built it working side by side with McCandless at the Sox and Martin shop. Mortimer, like Jake King, and other great mechanics of the time never got the accolades from the public that the drivers did. It proves the old adage, “If you want to impress others, grab the wheel. If you want to impress yourself, grab a wrench.”

PRESS PLAY BELOW TO HEAR HERB MCCANDLESS TALK ABOUT THE GOOD OLD DAYS AND ONE BAD ASS OLD CAR!

Ebay Find: Black And Chrome Suits This 1978 Chevy Caprice Coupe Nicely! This 1/5th Scale Dodge Challenger R/C Is A Little Demon With A Ton Of Details And The Ability To Do Burnouts!

4 thoughts on “Bitchin Video: Super Stock and Pro Stock Legend Herb McCandless Talks About His Hemi Demon And Racing A Pro Stocker In The 1970s”