Ever Want To Hit A Beater With A Four-Ton Wrecking Ball? The Slow Mo Guys Show You What Happens When You Do! 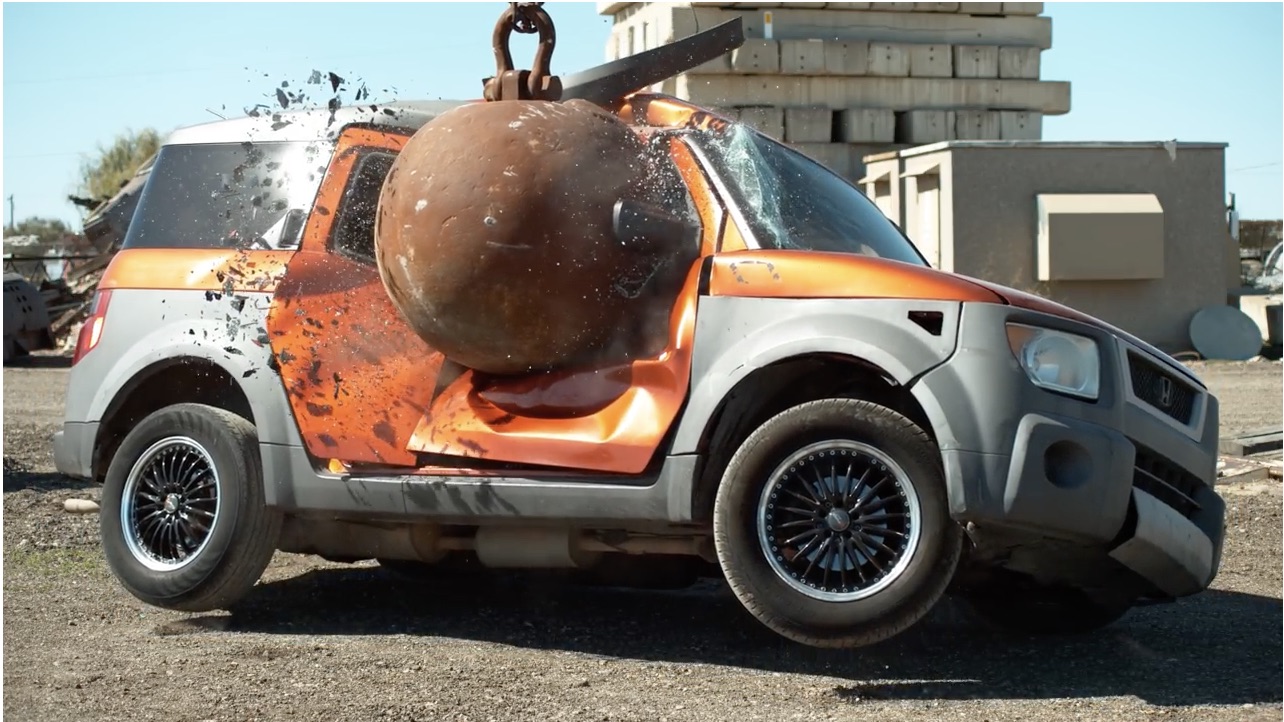 Demolition work is a necessary evil in the world. In nature, trees get cored out by ants, water cracks rocks over the years, and various forms of scavengers and detritus consumers get rid of the other stuff. In the world of construction, there’s plenty of options, from dismantling piece-by-piece, like you would do with an old barn before you sell the wood off to make a mint on the “aged barnwood” trend, to bringing a 10-pound sledgehammer with you to work and leaving that evening with sore muscles, an almost eerie calm about yourself and a dust cloud still lingering from your impromptu therapy session. For large-scale demolition, you can look at all manner of explosions and implosions, and of course, a great big ball that weighs a few tons.

The wrecking ball might not have the sex appeal of a ton of explosives leveling a building, but there is something so satisfying about a gigantic fishing weight slamming into a building, bashing out a wall with nothing more than blunt force trauma. They aren’t used as much, since excavators can do a tidier job of smaller tasks and implosions are better suited for large-scale needs, but when you have access to a 9,000 pound lump of metal and a crane capable of swinging it like a rock on a string, you take that gift and you enjoy it. The Slow Mo Guys managed to get Amazon to fit the bill for the wrecking ball in exchange for plugging the second season of The Grand Tour, and in return put a Buick LeSabre, a Honda Element, and a BMW droptop in harm’s way. Watching the roof of the Buick ripple like a wave on an otherwise calm lake is kind of unnerving, but wait until they drop the ball from 115 feet onto the BMW’s hood. Yes, there is…ok, was…an engine in there.

Want More Power From Your Jeep? COMP Cams Has Three New Jeep Cams, New Springs, and A new Timing Set To Check Out! The Race To Death: This Is The Twisted, Crazy, Macabre, and True Tale Of The 1903 Paris To Madrid Race Disaster

2 thoughts on “Ever Want To Hit A Beater With A Four-Ton Wrecking Ball? The Slow Mo Guys Show You What Happens When You Do!”