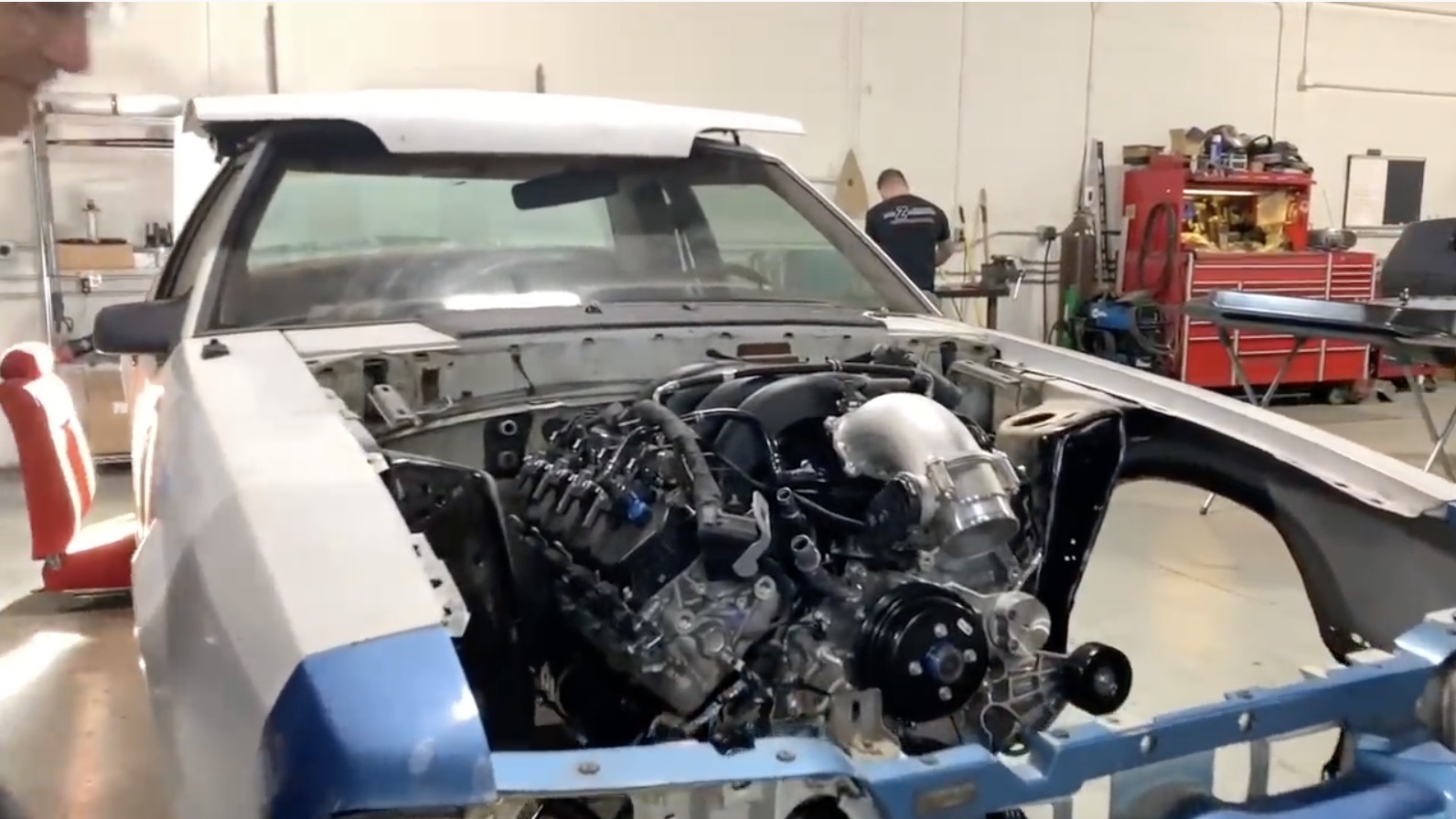 445 cubic inches, cam-in-block, 4.22 x 3.976 bore/stroke, iron block, and mains that are designed to hold up for grunt work in the Super Duty trucks. Ford’s “Godzilla” V8 might be sold as a truck-only motor, but the overall package is enough to make any Ford fan perk up and take notice. Considerably narrower than the Modular-based engines that Ford has been running with ever since the early 1990s, yet packing the kind of straight-up cubic inches that we haven’t seen since the 460 got put out to pasture in the late 1990s, Godzilla has the potential to be a huge hit with racers who have constantly complained about the width and complexity of the DOHC mills. Call it taking a step backwards or a simplification that was desperately needed, but the truth is that there are a lot of people moving to make the new mill work. ProCharger is already working on setups for the new engine. Roush has been rumored to be working on a supercharger. And if you think the turbo folk aren’t frothing at the mouth for a chance at this beast, boy, you don’t know what’s about to happen.

First thing’s first, though: Will the new engine even fit into a Fox Body? It’s a logical question and it stands to reason that since it’s narrower than the Coyote, there’s a good shot for it. Team Z Motorsports is already whipping up a swap kit for such an occasion, and you’ll get your first look at the development mule right here. So if you’re bent on cramming Godzilla into a Fox, you’re in luck!

Indoor Figure Eight Racing Is An Idea That Is Both Brilliant And Mental Simultaneously Watch The Violent End And Aftermath Of This 8.3L Cummins Powered Minneapolis-Moline Pulling Tractor