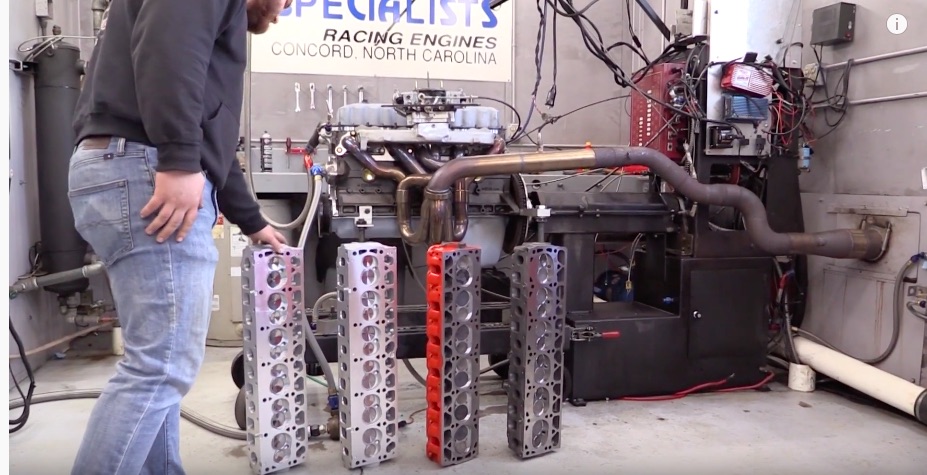 A couple of weeks ago we showed you a great video that explored the question of roller rockers making horsepower on a modified engine. This time we’re back with the same Jeep stroker inline six but rather than the valve train the focus is on cylinder heads. Horsepower Monster was there when the guys at Newcomer Racing tested five different cylinder heads on the same engine in a day! We’re talking a stock iron head, a ported TUPY head, a fully done up factory iron head, a stock Edelbrock aluminum head, and a fully ported aluminum Edelbrock cylinder head. All of this adds up to awesomeness with dyno graphs and analysis as well.

The best part of the video other than seeing the horsepower number and curves generated by the testing is hearing from Newcomer racing regarding the different heads, what the work done to each was, and how they have approached and learned about making power on these Jeep engines, which are their specialty.

There are some interesting lessons here and while this engine isn’t necessarily designed for it, we’re dying to see boost applied to the most serious of the heads on a couple of pulls to see what the power numbers would be, because they’d be freaking impressive. In fact, the naturally aspirated power these engines make and where they make it impress us already. No, it isn’t four digit type stuff but this engine, with any of the heads would be awesome in a Wrangler or Cherokee.

Want To Avoid Splashing Into A Frozen Lake? Use Firestone Winter Tires Like Those In This 1970 Ad! Mazada Turns 100 Years Old: We Look Back At Three Of Their Most Important Cars