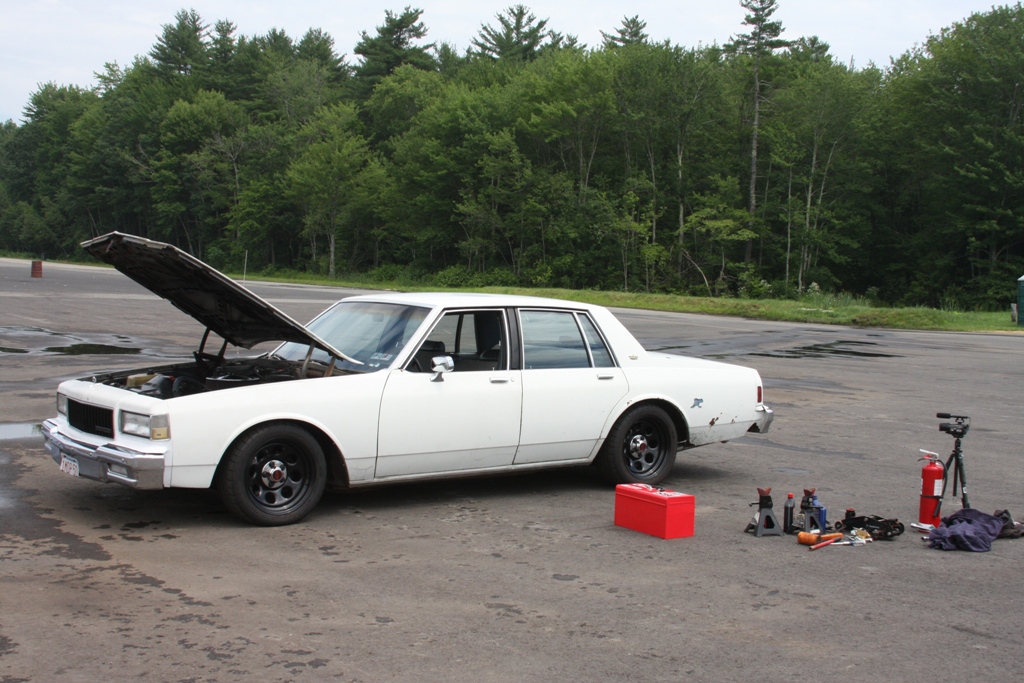 Man, I have been getting run over with hate mail due to lack of a Buford T Justice update, so let me first apologize! It has been a wacko summer with traveling and all the other normal stuff that comes with trying to make in in this crazy world so this is a long time coming. The good news is that I can promise you another update next week because I have already done the work necessary to report on it. I didn’t want to leave you hanging again!

So the last you saw or heard of Buford, I had installed the front bumper filler and the car looked about 35% less ghetto than it did before. It was a major improvement, that is for sure. As I have some big-ish plans for performance improvements for this fall, I wanted to get some new strip baseline performance numbers from the car with the iteration of the engine that lived in the car during the early July time frame.

To recap, that engine is a 355ci small block Chevy with a Holley mechanical 650 carb, a Weiand Street Warrior intake, ported and valve-jobbed factory 083 casting Chevy heads, COMP Magnum roller tipped rockers, COMP Magnum pushrods, COMP Magnum hydraulic roller lifters, and a bumpy COMP roller cam. The engine breathes out throug some Flowtech 1 5/8 headers and an 2.5-inch true-dual Flowmaster exhaust with Super 44 mufflers. I had not dynoed the car since putting all of those pieces back together, so I was coming in blind to the strip in terms of expected performance. I did know for a fact that my arse dyno sure did feel like the car was significantly faster than when I got it (but still by no means fast, if you get what I am saying).

I cruise the 80-miles up to New England Dragway on July 3rd in some pretty gnarly heat and laid down 10 passes over the course of the afternoon. I specifically did nothing other than working on launching the car exactly as it sat. I did not mess with tires pressures, pull sway bars, or even mess with timing. I wanted to see what the car would do exactly as it rolled into the gate.

It didn’t take long to figure out that the car definitely grew some nards with all of the new parts and cylinder head work. If I tried to load the car against the converter it would smoke the tires immediately, so I was basically forced to launch the car at about 1800 RPM and roll it pretty gently off the starting line. To give you an indication of how that worked, the 60′ time on my quickest lap was a 2.09. That is glacial of course, but compared to how the car was leaving with the stock tires that were on it and unmodified motor, it was many tenths quicker. The Hotchkis suspension kicks ass at bending corners but is admittedly not designed for drag strip glory. No worries, it is about making the best of what you have, right?

It took me five runs to get the launch good enough to plunge the car into the 14s. On my fifth lap the thing went 14.82 at 92 MPH. That was with a 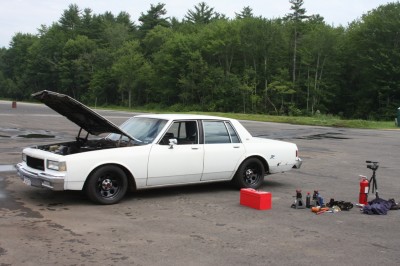 2.31 60′ time but it gave me some hope that if I was able to work on that though launch technique, I’d be able to make some real inroads into the elapsed times the car was capable of making. Remember kids, this thing weighs almost exactly 4,000lbs with me in it (according to the NED scale) and it is still packing the factory 3.08 gear ratio. In order to save you some commenting time, I KNOW IT NEEDS GEAR – IT’LL GET GEAR, I PROMISE!

I then dropped the car into the 14.70s with a 14.751 lap at 92.23 MPH. The sixty came down a little more and I knew that I could get more agressive with the launch. It was on the next lap that I jammed the best run of the day with a 14.66/93.58 mph. As the MPH would indicate I had a little spin off the line but the car was right in the fat part of the power band when it hooked up and the thing trucked all the way down to the end of the track. I was manually shifting (on the column!) the car at 5,000 on each lap. The dyno showed the thing was all done by then so it didn’t seem to make a whole lot of sense to wind the motor much harder than that. There was also the fact that I was planning on driving 80 miles back home after all of this fun, so I wanted to keep all of the rods and junk inside the motor. Plus New England Dragway is great to us and I didn’t want to lubricate their track. Phase II will require more RPM, but the parts will support it. How’s that for a tease?

So for the remainder of the afternoon, I was able to make two more passes in the 14.60s but none better than my .66 effort. I think removing the front sway bar would have really helped the thing hook up, but it was not in the cards during this visit. I will be hitting the strip again ASAP with the newly muscled up engine so when I am there with this combo, all bets are off and so will be the sway bar. If I was able to get a drag radial or ET Street on this car, it would have picked up at least a couple of tenths, probably more. Not being able to launch the thing against the converter wasn’t helping my situation.  So this basic little iron headed engine would be a solid 13-second performer in a 3,000lb car. That’s kind of neat to think about for me anyway.

What did I learn? The car needs to lose weight, gain gear, and hook harder to get to me goal of having it stuck into the 13s before the end of the year on this short block. How do I plan on getting there? You’ll have to tune in next week for that part of the program…but if you want a teaser photo, I will stick one below the video for you to gander at.

Lastly even though I wasn’t able to get the car into the 14.50s like I hoped, the day was a great success personally. Any time you get to spend a Wednesday at the strip you are playing with house money to start with, but then being able to drive your pile 80 miles up, have it survive a beating all afternoon, and then sit in roasting heat and Boston gridlock traffic for nearly 3.5 hours on the way home with no issues, it is VERY satisfying. I’m as ham fisted as they come, so stuff like that really makes me smile! Plus the car sounded bad ass rumbling next to the Prius driving weiners in traffic.

CHECK OUT THE VIDEO BELOW AND COME ON BACK NEXT WEEK TO SEE WHAT I DID TO THE MOTOR TO CRANK THE POWER UP! GO ALL THE WAY TO THE BOTTOM OF THE BLOG TO SEE ALL OF THE PREVIOUS BUFORD T JUSTICE UPDATES!

This video is a quick and dirty recap of my day at the strip. There’s some out of car and in-car video of runs being made. A warning is that 14-second cars aren’t exactly awe-inspiring to watch. As if you didn’t know that. 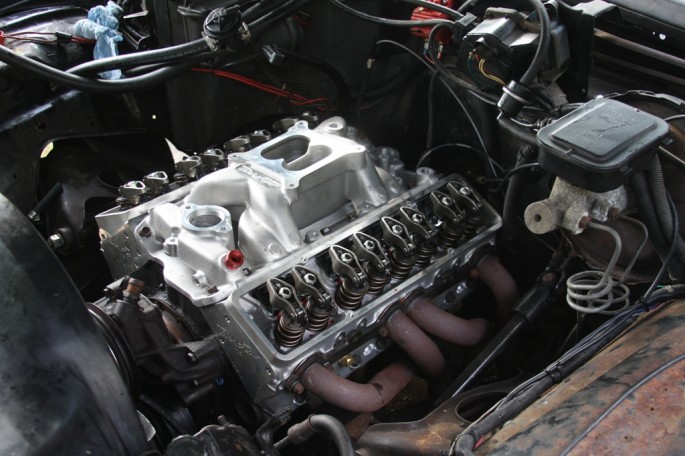 BangShift Daily Tune Up: "Ignition" Brian Setzer '68 Comeback Special (2001) BangShift Question Of The Day: What Performance Or Styling Package Do You Want The Big Three To Offer?